In the beautiful surroundings of Kaiserwinkl-Walchsee – even though there were occasional raindrops during the race – Italy’s Michele Bortolomedi and Bianca Seregni have just won the European Aquathlon titles. This was extra special for both athletes because, as U23 athletes, they also took the overall win and were thus faster than the elite athletes who were also at the start of the 2021 Europe Triathlon Aquathlon Championships Walchsee.

Seregni won the race in 31:07 minutes and built up a good lead: during the swim she took the lead and during the run she did not give it away. Ivana Kuriackova from Slovakia came in second overall in a time of 31:38 minutes while Ireland’s Erin Mcconnell crossed the line in third in a time of 32:26 minutes.

In the men’s race, an equally powerful performance as Bortolomedi also only just entered the U23 category and was nevertheless too fast for everyone – including all the elite athletes. He won the race after 27:48 minutes. Eleven seconds later, Ognjen Stojanovic (SRB) finished second and Mikita Katsianeu (BLR) was four seconds behind in third place.

In the junior’s men’s race, there was an all-Spanish podium: Esteban Basanta Fouz (28:07), Joan Reixach Abril (28:41) and Igor Bellido Mikhailova finished first, second and third. Spain was also very successful among the girls: Maria Casals Mojica took care of the European Championship title after 31:44 minutes and Helena Moragas Molina came in third in a time of 32:03. The Hungarian Márta Kropkó was coming between them with a time of 31:58 minutes and thus came in second at the European Championships.

All results can be found here. 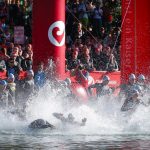 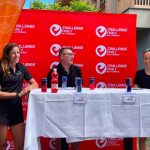