Final Men’s World Bonus Rankings
The 2018 season was rich with spectacular CHALLENGEFAMILY races around the globe, offering points-earning opportunities in the CHALLENGEFAMILY World Bonus ranking. Both Kienle and Dapena González opted out of the final 2018 race at CHALLENGEDAYTONA, secure in their shared first-place position with 1550 points each. Kienle earned his impressive tally in races including THECHAMPIONSHIP, CHALLENGEHEILBRONN, CHALLENGEROTH,CHALLENGETURKU, and CHALLENGEWALCHSEE.

“I’m extremely happy with this shared first place. Pablo also deserves this win. He raced hard for victory in the World Bonus series,” said Kienle. “Of course it would have been great to be the ultimate champion, but due to an injury I wasn’t able to compete at CHALLENGESARDINIA as originally planned. In the end, it’s been a great year for me with some really nice races, so I’m definitely happy to share the win.”

“For me, this bonus completes a fantastic season in which I have performed consistently throughout the year. The simple fact of being tied with someone of Sebi’s caliber is a true honor. I’m very proud of what I have achieved,” said Dapena González.

Jaroslav Kovačič (SLO) earned a solid third in the men’s rankings, secure in his position with 1475 points after winning the CHALLENGEDALMERE-AMSTERDAM race. His third-place finish was awarded with a $15,000 World Bonus prize.

In a dramatic finish to the men’s World Bonus ranking battle, Pieter Heemeryck (BEL) pulled off a powerful overall victory at CHALLENGEDAYTONA, beating the likes of aggressive uber-bikers Andrew Starykowicz (USA) and Cameron Wurf (AUS). With the win, Heermeryck added 250 points to his tally, finishing with 1250 total points. The sum was enough to pass both Wurf and Dylan McNeice (NZL) in the World Bonus ranking, earning fourth place and a $12,000 bonus. Wurf ended fifth with 1050 World Bonus points and took home $5,000. Thanks to Heemeryck’sCHALLENGEDAYTONA win, McNeice fell out of the top five and the bonus earnings, finishing just shy of Wurf with 1040 total points.

Final Women’s World Bonus Rankings
After a close rivalry throughout the season, Van Vlerken enjoyed a 50-point lead over Laura Siddall (GBR) and a clear win, as neither woman chose to compete in the final race in the series. With a total of 1500 points, van Vlerken earned the largest individual share of the World Bonus, claiming $30,000 for her efforts.

“It’s amazing to win the CHALLENGEFAMILY World Bonus again,” said van Vlerken, who also scored the top spot in 2017 and was second in 2016. “Since the World Bonus was introduced three years ago, it’s been a great initiative. More and more stronger pros are starting at each race, hoping to win a share of the bonus, which is great for our sport. I always love to race a lot ofCHALLENGEFAMILY events throughout the year, and winning the World Bonus is a huge reward in return.”

Just 50 points behind van Vlerken was Siddall, finishing as runner-up to the Dutch athlete for the second consecutive year. Her 1450-point tally earned a $20,000 bonus prize.

“I’m thrilled to finish second in the Challenge Family World Bonus rankings. I would have loved to turn the tables on Yvonne and win this year, but to finish second for the second year in a row is very big for me,” said Siddall. “The World Bonus is a fantastic initiative by CHALLENGEFAMILYfor the pros. There are no other race series or events that provide such a significant bonus payout, and this makes a huge difference to me. However, that’s not the only reason I participate. It’s also about the amazing CHALLENGEFAMILY races I get to compete in. I like to choose cool races in cool places, and I’ve certainly been able to do this through the CHALLENGEFAMILY race offerings.”

It was Lisa Roberts (USA) who shook things up in the women’s rankings with a fifth-place finish atCHALLENGEDAYTONA. Before the race start on Sunday, she was tied for third position Katrien Verstuyft (BEL); both triathletes had 1100 points in total. Verstuyft did not race at Daytona, and therefore Roberts had an open opportunity to move up in the rankings. Her fifth-place finish increased her point tally to 1175, earning a $15,000 bonus. Verstuyft dropped to fourth but still took home a $12,000 share of the prize purse. Margie Santimaria (ITA) ended fifth, earning 790 points and $5,000.

Challenge Family World Bonus Explained
The $165,000 end-of-season bonus pays five deep across both male and female professional fields, with the top-ranked pro taking home $30,000. Second place claims a bonus of $20,000. Third, fourth, and fifth positions pay $15,000, $12,000, and $5,000 respectively. Ranking is decided through a fair points system based on placings earned. In the event of a tie, the prize money is averaged between the two athletes and their corresponding finish positions. 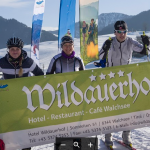 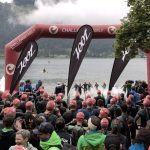