Back to the roots: Everything started here

CHALLENGEKAISERWINKL-WALCHSEE on June 30 will be a very special race for me. I’m traveling to Austria with lots of good memories, after all, in 2012 I was not only third behind Andreas Raelert and Timo Bracht. Even more significant is the memory that it was my very first ever race over the middle distance. At that time, after many years in the German national triathlon team, it was groundbraking point in my career. And my race at CHALLENGEKAISERWINKL-WALCHSEE showed me that I should continue my way on the middle and long distance.

This was followed by my first long distance win in Arizona, a second victory in South Africa in 2014 and in the same year I finished 6th in Hawaii. Unforgettable and the biggest success of my career so far was the victory at the legendary CHALLENGEROTH. Over the years, I have celebrated many victories and experienced many great races. But now it is time for me to find my way back to where it all started. And of course, I’m going into the race with the goal of improving my ranking from 2012 and entering the list of winners is featuring the world’s best athletes such as Ronnie Schildknecht, Andreas Raelert, James Cunnama and Sebastian Kienle. 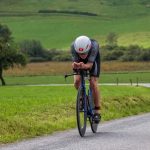 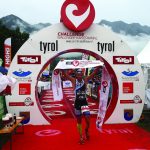